By subscribing you will be notified of specials, discounts, new products and much more!

By subscribing you will be notified of specials, discounts, new products and much more!

This is my second order from Dubi deli And both times had 100% survival, And I feel like the count was also kind of on the heavier side which is never a problem. New favorite place to order from and will order again soon :)

S
Dubia Roaches: Adults by the pound (some nymph) - Special Sally M.
Dubideli has the best dubias around!

I have a bearded dragon and she absolutely loves dubias. I received the large 1" and she chases them and chomps down!
The order arrived very quickly and was packaged with care. Only a handful were not alive which isn't a big deal as 200 were in the package. I highly recommend ordering from dubideli for your reptile food. 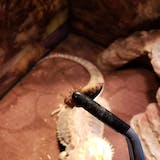 Dubia Roaches: Adults by the pound (some nymph)

Excellent service very pleased with the size of the roaches I would recommend this company.

The best place to get feeders. Fast shipping and none dead couldn't ask for better.

Provides just the right amount for 2 Whites Tree Frogs. My Frogs differ in size and one eats twice as often.
Try Auto refill and just pause it, when their appetites slow down.
🐸🐸 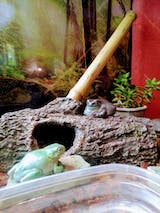 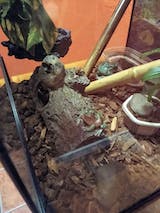 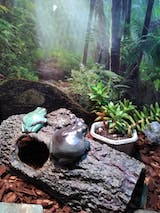 All roaches arrived live, i did get shipped the wrong order the first time but customer service responded within the hour i emailed and shipped the right order very quickly.

My bearded dragon, Pepper, comes to me like a dog when she sees the DD roaches come out.

Such a great company! Thank you for always being on time. The most organized shipping ever compared to other companies.

My beardie was getting a little fresh about his dubias so I got him some of these for some variety and it did the trick! he’s scarfing all of his buggies down! I’ve had nothing but wonderful experiences from dubideli!

A
Dubia Roaches: Nymphs by the pound (some adults) Andrew Garner
Great quality, shipping issue though

I just wanted to say that the quality is outstanding. The box was clearly labeled with the hood at post office, but was delivered to las vegas in the heat and placed in a steel mailbox. Luckily I was able to take my lunch and go home to get them out of the box before they cooked. It was not your fault, but paying extra for the hold in box did not happen.

I rescue bearded dragons, and these 3/4” dubia roaches are the perfect feeder! They are always plump and healthy when they arrive, and rarely are any lost in shipping. Sick and injured dragons need top nutrition, and easily digestible food. I have been extremely satisfied with Dubi Deli!!

Recieved an order today of some very healthy Roaches. They all arrived alive in the Texas heat due to being packaged well. I will definitely return.
-Kristie at kdj geckos

Simply excellent!
I will not buy from anyone else. Not only is your price great but the packaging is perfect, I'll reuse the burlap bags as they are in fine condition.
All around A+
Also very obvious that you put in more than the count.
Thank you from a new loyal customer!

Just wanted to say thank you for the great order of roaches you sent me just what i needed to make some critters very happy. I will be ordering from you in the future and will recommend you to everyone I can so thank you

This is my second time ordering from Dubi deli and I couldn't be happier. In all the years I've owned reptiles your feeders are the highest quality I've been able to find. You've made three lizards very happy.

Hi!!! I would just like to say incredible!!!
And thank you!!!
I’ve ordered twice from you guys.
I’ve ordered 20 times at least from another company. And maybe 5 from another.
And I have to say you guys are amazing!!!
Your roaches are huge and strong and they arrive alive!! Thank you for incredible strong healthy roaches!!!
Priscila
Thanks!!

Bought an order of 2000, as far as i can tell there wasnt a single dead one and they all looked healthy, decent shipping speed can ask for more that

I've taken over ownership of my granddaughter's bearded dragon, as she's entering high school and time is limited (she's about 2 now). She was being fed crickets as her main diet, but I was not a fan of the odor, and how they just do not last long enough for a weeks worth of food. I started reading that Dubia Roaches were a better choice, and not difficult to keep and maintain. I ordered 200 (M) Dubias late on Sunday and they arrived on that Thursday. The packaging was great; they arrived and there were only 6 deceased :(, but that's to be expected. I put them in my already set up bin with food and water crystals, and while most scurried to their egg crates, there were a few stragglers who decided to get a snack of roach chow and carrots. I only have one bearded dragon so I'm not sure how many to order at a time, but it's a learning process and I'll be placing another order within the next few days to ensure I don't run out. THANK YOU DUBIDELI; my lil Livvy gets excited when I opened her enclosure and jiggle the container with her roaches!!